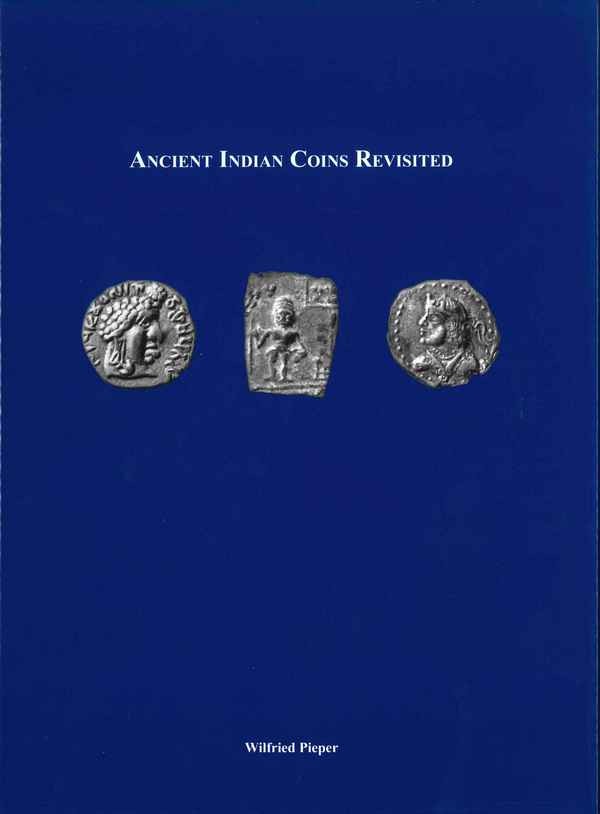 In 1998, Wilfried Pieper, along with Osmund Bopearachchi, published Ancient Indian Coins. This book was a catalog of all of the then-known coin types used in the region comprising modern-day India between the fifth century BC and about AD 300. This book covered not only local Indian types, but it also included Greco-Bactrian and Indo-Greek issues, as well as Kushan types. In the almost two decades since the publication of Ancient Indian Coins, new coin types have appeared, and new scholarship has revised earlier conclusions. Recognizing the need for an update, Wilfried Pieper has produced Ancient Indian Coins Revisited.

Arranged in a sylloge format, this volume is a publication of the author's collection of coins, beginning with the pre-Mauryan janapanda issues, all the way to the early post-Gupta coinages. It includes many new types, particularly the post-Mauryan bronze issues of Ujjain and Malwa. Also included are new varities from Taxila and Kuninda, revealing the extent and length of Kushan formative influence in Indian numismatics, beyond the gold issues which collectors of Kushan generally encounter, and which are excluded from this book. Most important are the series post-Gupta silver coins of the portrait-trident and portrait-fire altar types, which have only recently come to light, as well as new issues of the coinage of the Paratarajas, a fascinating series that has been studied by Henry Falk and Pankaj Tandon..