lm251 - A Monetary and Political History of the Phoenician City of Byblos in the Fifth and Fourth Centuries B.C.E. ELAYI J., ELAYI A. G. 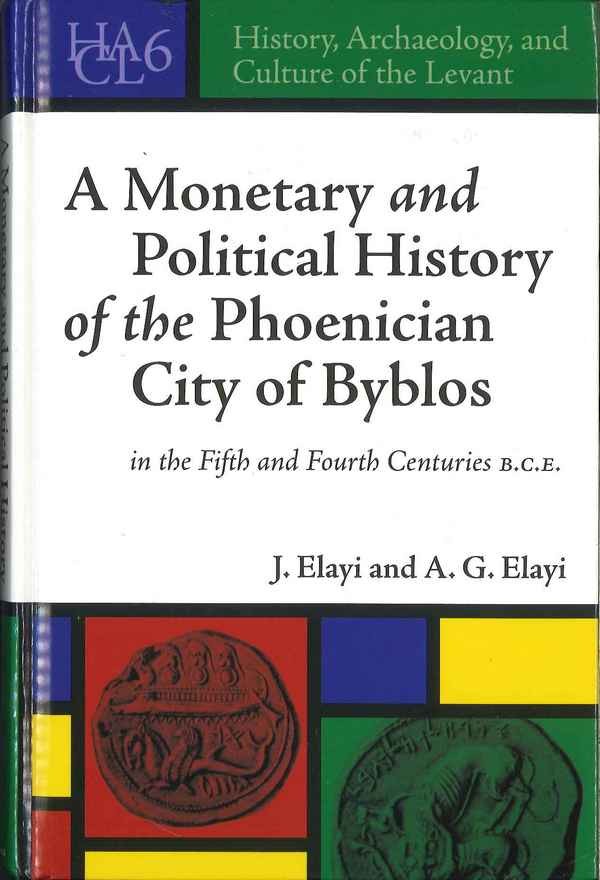 Arwad (now in Syria), Byblos (now Jbeil in Lebanon), Sidon (Saida in Lebanon), and Tyre (Sour in Lebanon)—the four major cites of Persian-period Phoenicia—all minted their own coins. Archaeologists and historians have found these coins to be a major resource for the reconstruction of Phoenician history. They have increasingly been able to use them to discern important details of Phoenicia's political history that were previously unknown or were presented only from the perspective provided by the reports of the Greek historians or were based on knowledge of the Greek language, rather than being based on knowledge of Semitic languages and the iconography and inscriptions of the Phoenicians themselves.

For more than two decades, Alain and Josette Elayi have researched the history of the Phoenician cities in the Persian period before Alexander's conquest. In the first stage of their research, the authors provided an overview of the Phoenician economy under Persian rule. The second stage provided an analysis of all hoards, which included Phoenician coins dating to the Persian period. The third stage was an investigation of Phoenician weights, in which the Elayis used an original method that is also suited to numismatic studies: they adapted statistical models to these weights, enabling them to establish cautious but solid foundations for Phoenician metrology. The fourth stage covered the monetary and political histories of the four Phoenician cities.

This book on Byblos (in the 5th and 4th centuries) is the third of a series of books; there are two earlier, similar works on Sidon and Tyre. In A Monetary and Political History of the Phoenician City of Byblos, the Elayis' tour de force is the coin catalog, which introduces 1,662 silver Byblian coins, also published in 25 plates. In addition to the usual numismatic analysis (monetary production, number of issues, manufacturing techniques, and processes), this impressive volume provides information on monetary inscriptions and iconography and on the history of Byblos. Significantly, it reveals new information on the Persians' western policy and the history of the other Phoenician cities, as well as on craftsmen in the Levant. The book is an indispensable reference for understanding coin circulation, trading exchanges, and even the wars involving the Greeks, Cypriots, and Egyptians in the Phoenician eastern Mediterranean. .